Singaporean electropop princess Ysa Yaneza gets personal in her new track, a collaboration with producer ARNT.

The latest electronic pop single by Ysa Yaneza is also her first collaboration with another artist — Singaporean electronic music producer Aaron Tan, or ARNT. A deeply personal track, “Decide” by Ysa Yaneza and ARNT is about grief, recovery, and coping after a loss.

“I wrote the music to convey a sad summer type feel and to retain some Japanese melodic sensibility that is present in a majority of my work,” ARNT said. “I love music that is sincere and meaningful and I think my collaborator Ysa has outdone herself. I could have not been prouder.”

“A few years ago, I experienced a loss. I felt like I had to pick up the pieces all over again. I was trying to learn how to be independent and to gain strength to continue living,” Ysa explains. “What I learned over the years was that you are never alone. You can always reach out and create new bonds. You can find your strength again, even if the pain still lingers. Eventually, you find the confidence within you, and you start taking ownership of your true self. We never know when is our time, so just be the best version of you.”

In a short email interview, the two artists gave HSA more background on their collaboration. 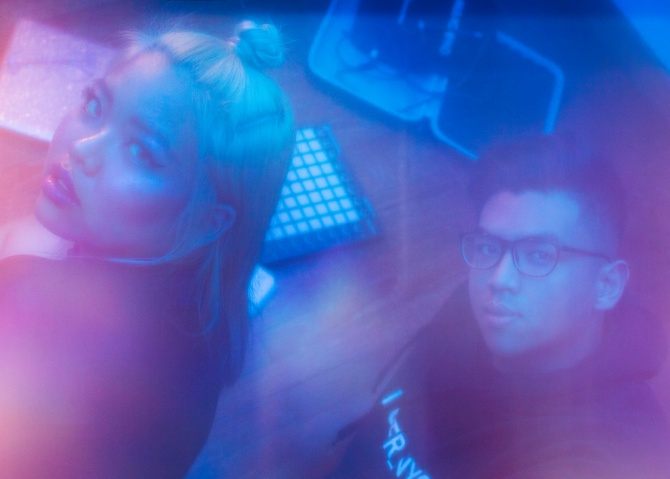 Image courtesy of The Lynch Agency

How long have you known each other, and why did you decide to collaborate on this song?

Ysa: Aaron and I met on SoundCloud in 2016. This was before I released “Tea”. We were really just friends who appreciated each other’s work and also hung out whenever possible. I was studying in Chicago at the time and now I’m back in Singapore. Aaron is now studying in Melbourne, and he pops by in SG a few times. Most of our discussions on our collaboration were done online because of time zone differences and distances.

ARNT: Yeah we became closer after I did the “Tea” remix and showed up for the music video, it was a cool experience and I realised that Ysabel has a strong thematic approach to her music. To me, it was all encompassing and that’s why I chose to work with her.

Ysa: Aaron’s not only a music producer but also a visual artist, and I really appreciate artists who have strong ideas on all aspects of their art. He doesn’t just focus on the musicality but also the entirety of the experience of listening to it, and watching it, whether through a music video or a live show. We both have similarities in our artistry, such that we envision all areas of our work, but also have differences in our artistic styles, which was an exciting challenge.

ARNT: Well, showing up for a bit to produce the music was very spontaneous and the planning for the vibe of “Decide” was done after Ysabel had crafted the sincere lyrics. I thought we really captured loss and coping with the aesthetic of the lyric video and artwork.

For me, music is about telling a story and it’s great that my vision for “Decide” aligned with Ysabel. It was very satisfying working with someone who wanted to see something through. I think she is a collaborator who can listen to inputs, which is very rare. I don’t collaborate very well because I like to dominate the songwriting process and everything else, but having someone that understood the melancholy of the music really was a breath of fresh air.

How long did it take you to produce the song?

Ysa: “Decide” was written around July/August 2017. Aaron and I were hanging out at my place with another friend and co-producer, Khris Aiden. We wrote the song out of spontaneity. Aaron and Khris came up with the beat within 5 mins and I thought of the melody.

It took a while to really complete the song because I eventually went overseas to finish my last semester of school. So did Aaron. The lyrics were also a very personal matter to me, so I was actually kind of afraid to release something very close to my heart.

ARNT: Well after Ysabel sent the vocal stems, I just came up with a rough and raw mix that had no proper plugins on it. I wanted to capture that raw feel and the imperfection that is synonymous with analogue music, something missing from the tracks of today.

Modern music tends to be really loud and compressed so I added bitcrushers and nostalgia-inducing sounds to harken back to the 2000s. I think that is the main reason why my sound aligns with Ysabel so well. Collectively., the track took about 4 hours to produce according to the file estimates and I am very happy with the result. It’s an unconventional earworm that has a lot of rough elements which I love.

Listen to “Decide” by Ysa Yaneza and ARNT: