Soon, we'll be able to get an up-close-and-personal look into the elusive artist's life with the upcoming documentary 'Kusama: Infinity'.

Even those of us who know very little about art know who Yayoi Kusama is — or are at least familiar with her work. You know those oh-so-Instagrammable mirrored rooms with tiny lights that have taken over your social media feeds? That’s the work of Kusama (or, even more likely, a Kusama copycat). A Yayoi Kusama documentary will be released this month, allowing us an intimate look at the ever-so-elusive artist.

The Yayoi Kusama documentary Kusama: Infinity took 17 years to produce. Directed by Heather Lenz, the film premiered at this year’s Sundance Film Festival, and chronicles Kusama’s journey from being an obscure artist in the ’50s to becoming the world’s top-selling female artist.

Before you catch the Yayoi Kusama documentary, here are a few basic facts about the artist.

1. Why the phallic objects? 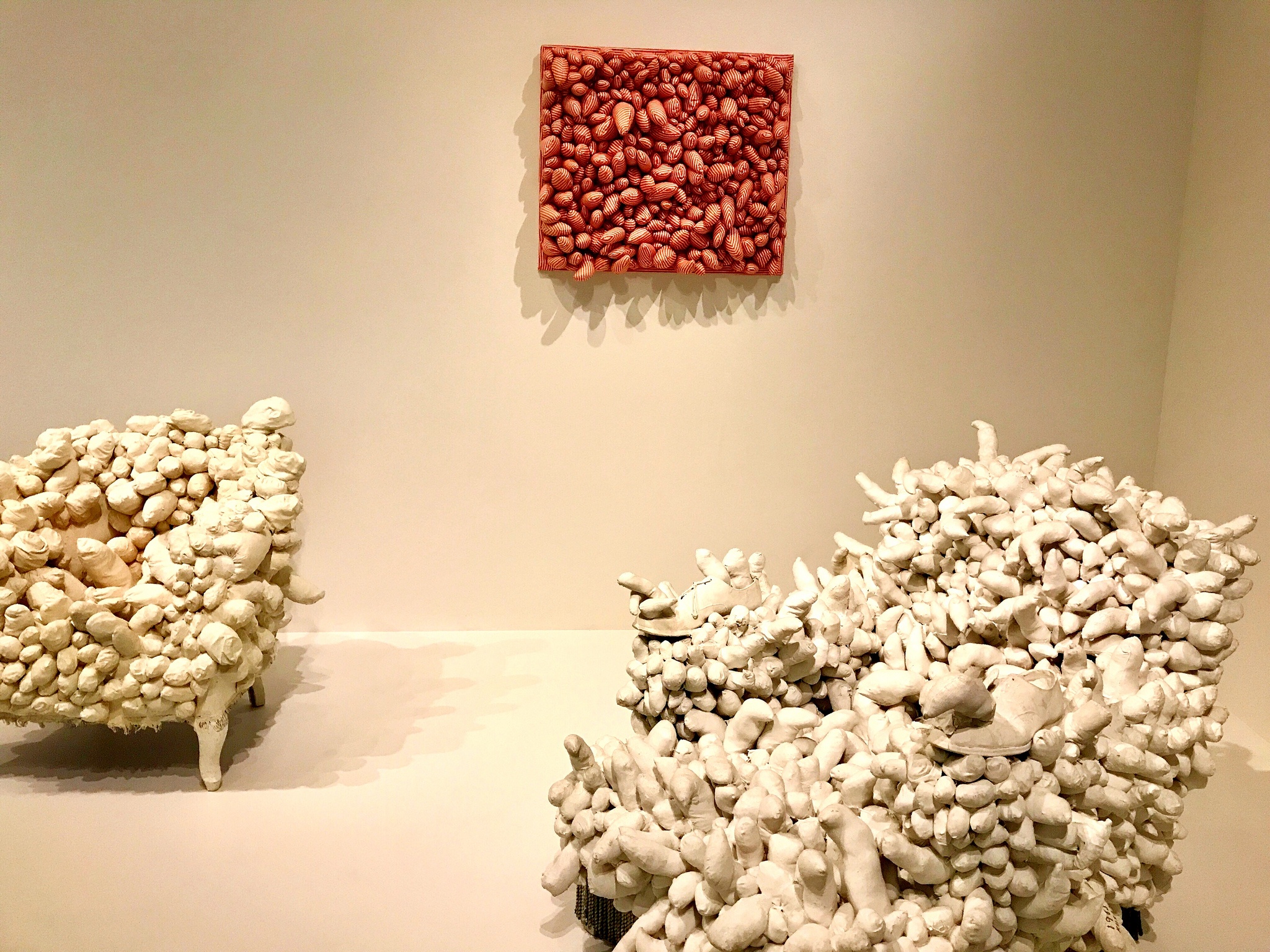 Much of Kusama’s art consists of everyday objects like bowls and chairs covered in phallic structures.

Kusama has revealed that she is both fascinated and repulsed by sex. These feelings started when her abusive mother forced her to spy on her father’s many affairs.

“By continuously reproducing the forms of things that terrify me, I am able to suppress the fear … and lie down among them. That turns the frightening thing into something funny, something amusing.”

These traumatic experiences from her early childhood would cause hallucinations and mental health issues (more on that below).

2. Why is Kusama so fascinated with polka dots? 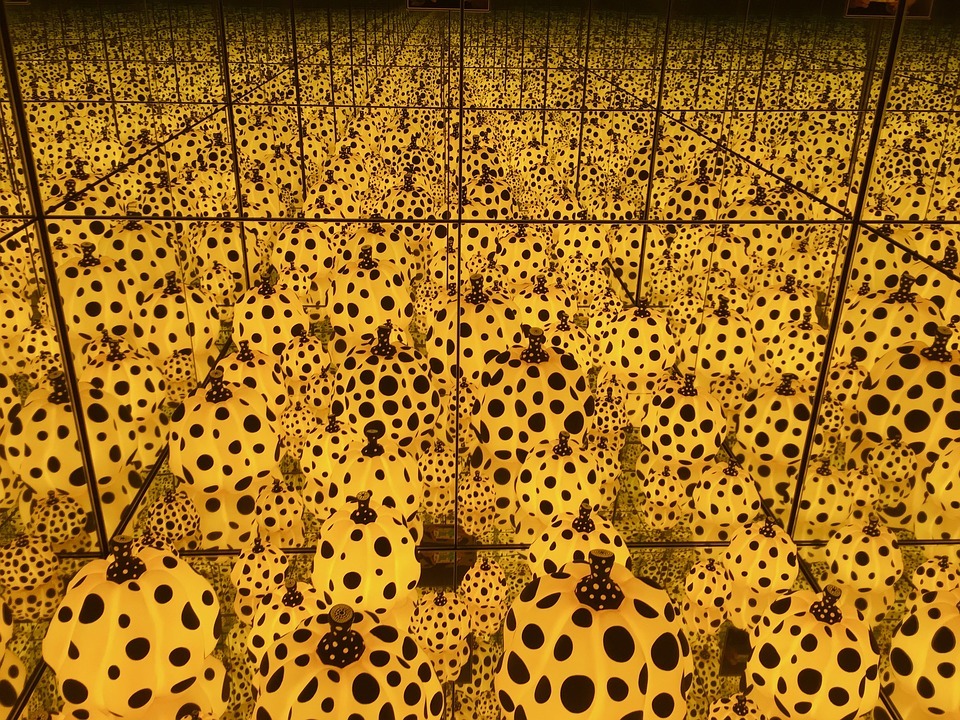 This all started with a hallucination at the age of 10.

“One day I was looking at the red flower patterns of the tablecloth on a table, and when I looked up I saw the same pattern covering the ceiling, the windows and the walls, and finally all over the room, my body and the universe. I felt as if I had begun to self-obliterate, to revolve in the infinity of endless time and the absoluteness of space.

Kusama says that polka dots are “a way to infinity”, which is why she calls her polka-dotted works of art “infinity nets”.

3. Why does she love pumpkins so much? 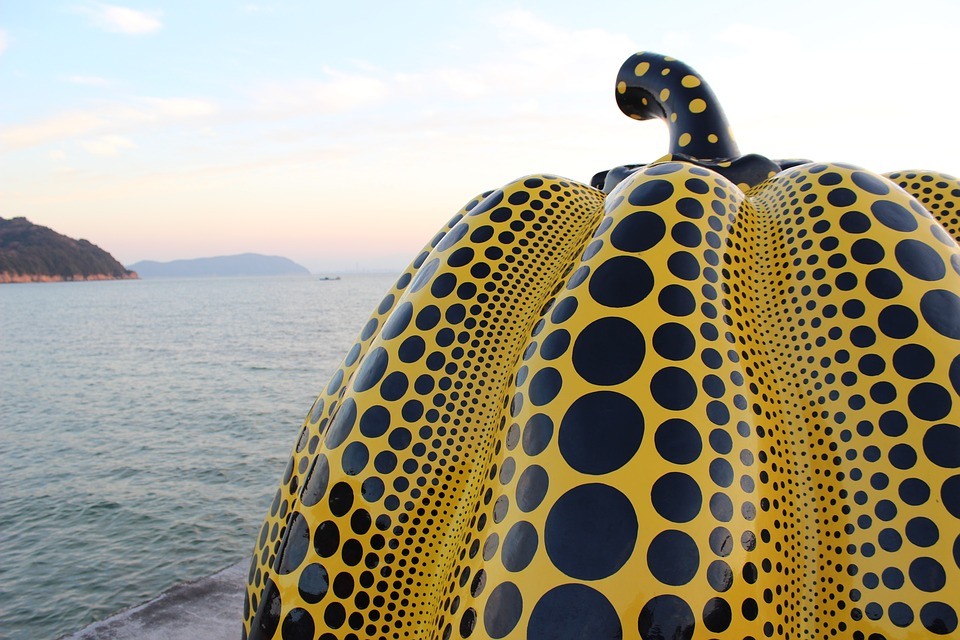 Kusama created her very first pumpkin artwork back in her teens, but that was in the Japanese traditional style, not in the surreal polka-dotted style we know today. The pumpkins would reemerge later in the ’70s and ’80s, covered in her trademark polka dots. But why pumpkins?

“I love pumpkins because of their humorous form, warm feeling, and a human-like quality and form. My desire to create works of pumpkins still continues. I have enthusiasm as if I were still a child.”

4. Where did she study art? 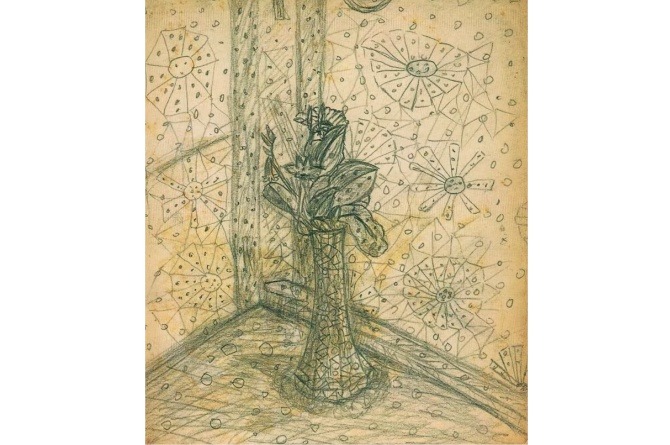 Even though she studied traditional art at the Kyoto Municipal School of Arts, Kusama is mostly self-taught. She found the traditional Japanese system too limiting, and describes this time as making her want to vomit.

5. When did she get famous? 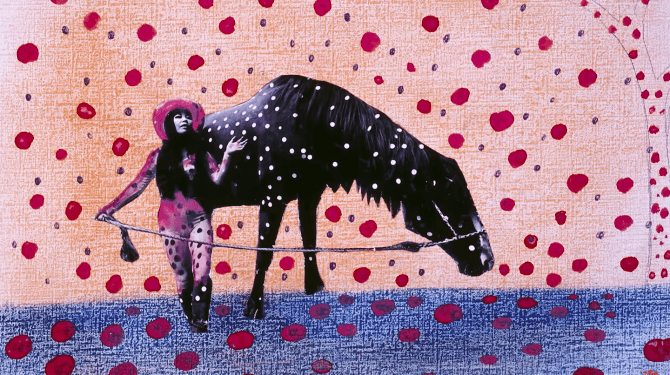 Kusama first gained recognition in the 1960s with her anti-establishment art. She was first Japanese woman in the Venice Biennale, though Japan refused to let her exhibit in its official pavilion. Kusama ended up crashing the event, covering the lawn with 1,500 mirrored orbs and frolicked there in a leotard. She then sold each orb for US$2 as a representation of the commodification of art, and was soon kicked out by organisers.

Even though she was making a lot of important work in the 60s, the art community did not give her the recognition she deserved, and she couldn’t make ends meet. Even though her friend and fellow artist Georgia O’Keefe tried to help her earn money, poverty forced Kusama to return to Japan in 1973.

For two decades, she was forgotten, then in the late ’80s and ’90s, some retrospectives reawakened international interest. 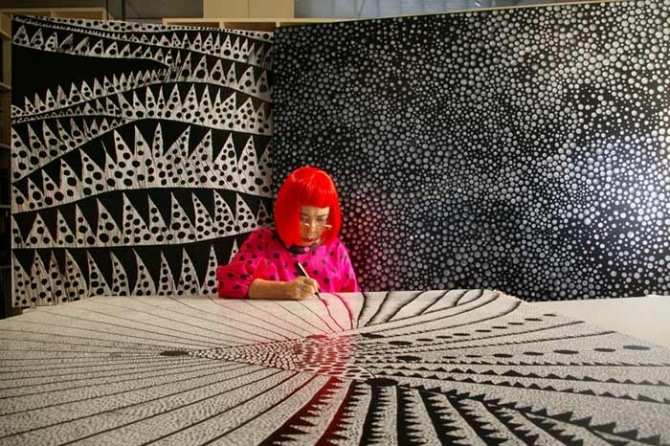 Kusama lives and works in a mental institute in Japan, where she has lived for over 30 years.

After returning to Japan from the US, she tried working as an art dealer, but was unsuccessful. When her business folded, she suffered severe mental health problems. In 1977, she checked herself into a mental health institute and continues to live there to this day.

She does most of her work in the institute, but goes to a small studio nearby to produce her larger pieces.

Kusama is the most expensive living female artist, with her White No. 28 (1960) from her Infinity Nets series selling for US$7.1 million in 2014.

8. How long has she been involved in fashion?

Most people acquainted with Kusama know of her collaboration with Louis Vuitton, but the artist was actually working in fashion much earlier. In 1968, she established Kusama Fashion Company Ltd, selling avantgarde fashion in Bloomingdales.

9. When can we catch the Yayoi Kusama documentary?

The Yayoi Kusama documentary will be released on 7 September in the USA and 18 October in Denmark. For more details, visit the official website here.