Say It Ain't So! Production For 'Guardians Of The Galaxy 3' Has Stopped Indefinitely

Well this is a bummer.

According to The Hollywood Reporter, preproduction was supposed to have started in the third quarter of this year, with principal photography starting January or February 2019. Instead, crewmembers are now being dismissed.

Gunn, who had written and directed the first two volumes of Guardians, was fired when old tweets joking about sensitive topics like rape and paedophilia resurfaced. The filmmaker had been using Twitter to voice out his strong political opinions — particularly those against US President Donald Trump, whose supporters dug up his tweets from as far back as 10 years ago.

Many — including the Guardians cast, who penned an open letter asking to reinstate him as director — hoped that Disney would reconsider their decision, but it looks like Disney isn’t budging.

When is the new Guardians of the Galaxy 3 release date? 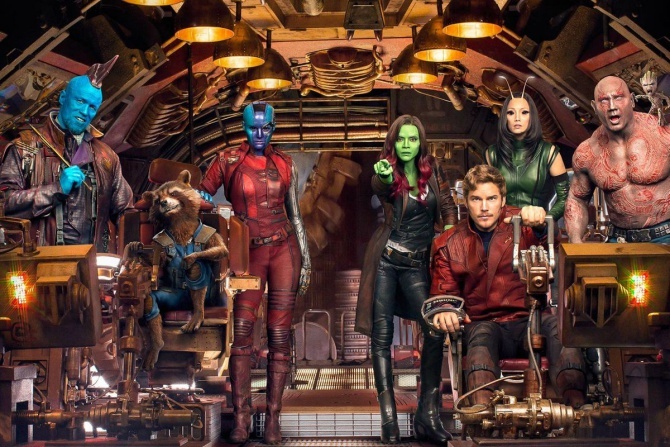 Though production has been put on hold, we might still get the final installment of GotG. One insider told The Hollywood Reporter that this production hold is temporary — Marvel and Disney are simply regrouping and looking for a filmmaker who can fill Gunn’s shoes.

Gunn had already finished his script for the third movie.

But even if another director takes the helm of Guardians of the Galaxy Vol. 3, will we be happy with the results? Actor Dave Bautista (who plays Drax the Destroyer) has said that he’s prepared to quit the franchise if Gunn’s script isn’t used.

I will do what Im legally obligated to do but @Guardians without @JamesGunn is not what I signed up for. GOTG w/o @JamesGunn just isn’t GOTG. Its also pretty nauseating to work for someone who’d empower a smear campaign by fascists #cybernazis . That’s just how I feel https://t.co/Ym4FwruVDu

“Where I’m at right now is that if [Marvel] don’t use that script, then I’m going to ask them to release me from my contract, cut me or recast me,” he said in an earlier interview with Shortlist. I’d be doing James a disservice if I didn’t. Nobody’s defending his tweets, but this was a smear campaign on a good man.”

i really really love the gotg movies a lot. i love the characters, THE MUSIC, the visuals and the plots. i really hope we can find a good director worthy of putting together the perfect sequel — ♡ (@starkrevenge) August 26, 2018

i really really love the gotg movies a lot. i love the characters, THE MUSIC, the visuals and the plots. i really hope we can find a good director worthy of putting together the perfect sequel — ♡ (@starkrevenge) August 26, 2018

Some were glib about the Guardians of the Galaxy 3 release date.

But most were just plain disappointed.

Me: can I get the tea, sis? Barista: green? Me: no Barista: it’s disappointing how quickly marvel’s fans turned their backs on GOTG and the cast of GOTG; almost like they forgot the joy and entertainment that the series brought them in a snap? Me: nice — joyce grieves for GOTG3 (@mantisquirk) August 25, 2018