How Woke Pinays Are Fighting For Women's Rights

We all need to do our part to improve the situation for ourselves and our society. When our rights are being trampled on, we need to speak up

Remember that scene in The Matrix when Neo is offered the red pill to find the truth or the blue pill to remain oblivious? Those of us who are woke took the red pill and see things for what they are. This includes seeing in the Philippines a system that often leads to women and girls being pregnant and powerless for some very crucial years of their lives.

Unfortunately, many Filipinas are still inside The Matrix, stuck in a system in which they are routinely denied their basic reproductive health rights. Many don’t see the hidden forces that limit their choices and effectively trap them.

In my work as the Director of Roots of Health, an organization focused on providing reproductive health education and high-quality clinical services to women and young people, I’ve seen firsthand how hard life is for women and girls in The Matrix. I’ve seen 14-year olds who are already mothers.

And a 30-year-old with 11 kids. And a woman who became pregnant for a 5th time against her will because her husband forced her to stop taking pills because she looked “too sexy.” These are realities women and girls face.

How does this happen? Let’s lift the curtain and look at the aspects of life in the Philippines that limit women’s prosperity. 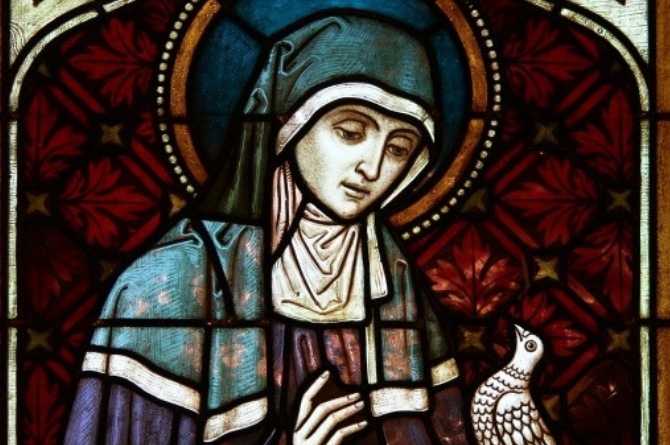 We may be Catholic in theory, but we are certainly not Catholic in practice. | Image courtesy: Stock image

Somehow our Spanish colonizers convinced Filipinos that to be Filipino is to be Catholic and vice versa. That is why you see crosses in government offices and why all meetings start with a prayer. Catholic conservatism is why it took nearly two decades to pass the Reproductive Health Bill into Law (RH Law).

And why, five years later it has still not been fully implemented. It is why the Department of Education has dragged its heels on a Comprehensive Sex Education (CSE) curriculum and why politicians have slashed the Department of Health budget for contraceptives.

The result? At a time in their lives when many young women in other parts of Asia and the world are focused on their studies, in the Philippines, many women in this age group are already mothers.

Partner Stories
Keep Your Passion Burning Beyond Valentine’s Day
Shop, dine, selfie: Discover Hong Kong like a local!
Orthorexia May Be The Latest Eating Disorder Of The Digital Age
10 Fool-Proof Tips And Tricks To Get Fans And Likes On Tik Tok

Filipinas are having sex. Conservative forces in this country and especially parents seem to think that Filipinas aren’t like girls in societies where people tend to be more permissive about sex. I hear teachers and principals say, “Our girls aren’t like that.”

Filipinas supposedly have conservative values and will wait for marriage to have sex. While this may be true for some young women, statistics show that this is not true for all. Girls from all stratas of society are having sex. Those who do so without using contraception usually become pregnant.

About 10% Filipinas Between 15 And 19 Years Are Bearing Kids

Statistics show that while every sector of Philippine society experiences unplanned pregnancies, the poorest of the population have the most.

About 10 percent of Filipinas between the ages of 15 and 19 have already begun childbearing: 8% are already mothers of at least one child, and 2% are pregnant with their first child. An even grimmer reality is that thousands of girls under the age of 15 become pregnant every year.

Despite the fact that our teen pregnancy rate keeps rising (and is the only rate in Southeast Asia that is steadily increasing!), our government and society refuse to take meaningful steps to address this issue.

From what I’ve seen working with some of Palawan’s poorest communities, religion has not been the primary reason for why women who don’t want any more babies don’t use contraception. I interviewed hundreds of women not using contraception, and their reason was usually financial. They couldn’t afford it.

Without access to free contraception, they had to choose between spending P30 on a pack of pills or condoms or buying one kilo of rice for their family. These women almost always chose the rice. They should not have to make that choice. 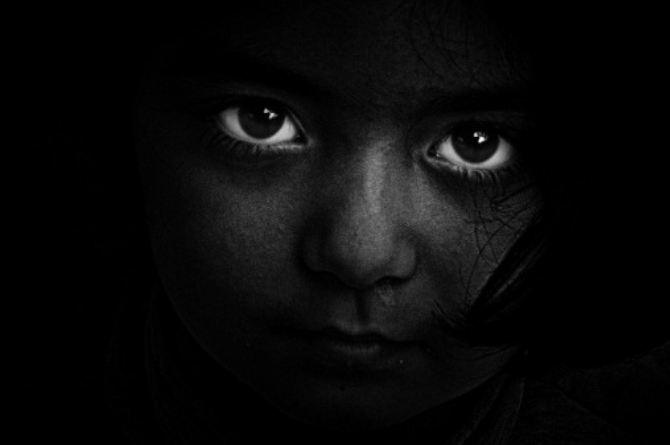 It is heartbreaking to see children having children. | Image courtesy: Stock image

Our laws do not protect children. The de facto age of consent in the Philippines is 12. Yet young people need parental consent to access contraception and HIV testing if they are under 18.

This leaves our youth vulnerable and unprotected for six years. Add to the mix the fact that young people are not receiving CSE in schools so are misinformed and uneducated about issues relating to sexuality.

All these factors lead to consequences that include early motherhood, death during pregnancy and childbirth, limited education, few employment opportunities, and a lifetime of poverty.

In nine years of providing services, I’ve met hundreds of young girls who are already moms. It is heartbreaking to see children having children. Even more so with the realization that not only will the girls’ life be one of hardship and poverty, but that her child will likely have a similar future.

Research shows that abstinence-only education does not prevent premarital sex, but rather delays it by a year or two. Young people need to know how to protect their health.

They need not only biological information on pregnancy prevention, but also education and guidance on healthy relationships and consent. The RH Law mandates CSE in schools, but five years after its passage, DepEd still hasn’t finalized a curriculum. So imagine how long it will take to train teachers and actually get a good curriculum rolled out.

My colleagues on our teaching team taught thousands of students about reproductive health last year. A shocking 74% of almost 5,000 young people surveyed believed that jumping up and down after sex prevents pregnancy. No wonder we have so many teen parents! 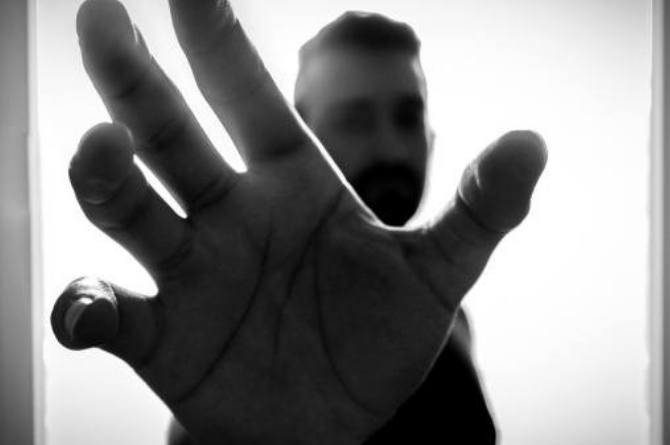 The emphasis on being macho can cause some men not to have trusting and loving relationships with their partners. | Image courtesy: Stock

We celebrate promiscuous males, while shaming any woman brave enough to even talk about sex. The expectations of women and men are so different. Even young people have internalized the double standards. We recently surveyed 1,000 young people in Puerto Princesa.

A large percentage of boys said they were having sex, and in another question, said they did not respect girls who did not wait until marriage for sex. So who are these girls the boys are having sex with? And do the girls know their partners don’t respect them?

The double standards are harmful for men too. The emphasis on being macho can cause some men not to have trusting and loving relationships with their partners.

It can also affect their relationships with their children. It can be harder to be a positive role model to one’s child when society pressures fathers to always be strong and hard, while also encouraging extra-marital affairs.

The Philippines also has high rates of domestic violence and sexual abuse, including incest, and the macho culture adds to this.

Many of the women I’ve spoken with in the communities we work in were abused as children. They cry when they recount their pasts and when they reflect on the fact that they’re not giving their kids the futures they wish they could.

My colleagues and I once reported an issue of statutory rape to the Department of Social Welfare and Development. A 14-year-old girl we knew moved into the home of her 28-year-old boyfriend. We appealed to the girl’s parents to file a case against the boyfriend, but they refused. They had seven mouths to feed on less than 200 pesos a day. As far as they were concerned, their daughter was the boyfriend’s problem now.

While most women are aware of these kinds of challenges, fewer see the systematic nature of their oppression.

What Can We Do? 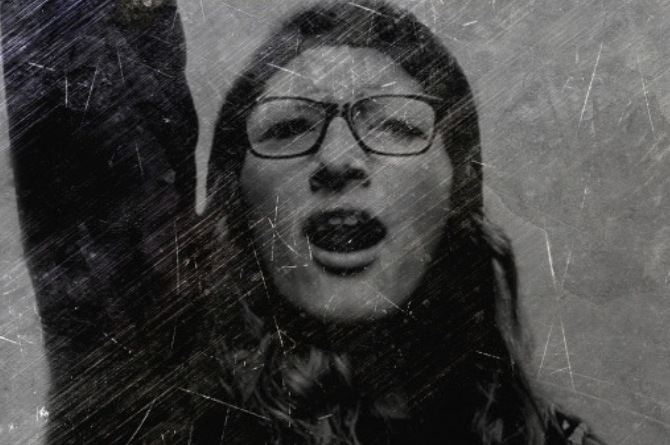 We need to be open and honest with our children and with young people, even when it makes us uncomfortable. | Image courtesy: Stock

We do not have to turn our backs on religion to demand that our leaders make health decisions for the good of the country and for the benefit of all, regardless of religion. We should not allow politicians to slash contraception funds just because they don’t believe in it. We should demand that the government allow each individual to make informed health decisions for themselves, including whether or when to have a baby.

We should call for the Department of Education to finalize a CSE curriculum, train teachers and roll it out. At home, we should make sure the young people in our lives (our children, siblings, nieces, nephews, inaanaks) understand sex and sexuality. We do them a disservice by telling them to simply wait until marriage.

Young people need information. If your personal convictions are that sex should be saved for marriage, that’s fine. But you will have more luck convincing the youth in your life of this if you explain the different aspects of sex, including it’s intimacy, it’s possible consequences and repercussions, and why it is important to you that they wait. This helps young people understand it better than just telling them that it’s not allowed.

Teaching young people about positive relationships will also help them to say no to the negative expectations of machismo culture. Teaching boys and girls that they should love and respect one another and not hold up double standards will help lead the way for more equal expectations and relationships.

I have two kids and find motherhood difficult even with all the privileges of my life, including a very supportive and present husband. I cannot imagine how much harder it is for mothers with no resources, and for children who are having their own children, often without their partners.

My kids are 7 and 5 now and we’re started talking about sex with them. We answer their questions and try to be as open and honest as possible. It is hard! But we must do it if we want to see lasting change.

We all need to do our part to improve the situation for ourselves and our society. When our rights are being trampled on, we need to speak up. When government services are not being provided, we need to demand them. When men are sexist and demeaning, we need to call them out on it.

We need to be open and honest with our children and with young people, even when it makes us uncomfortable.

We need to be woke.