Why India's Rape Culture Is Thriving

It is impossible to talk about the ‘rape culture’ in India without bringing up the December 2012 incident, where a 23-year-old medical student was brutally gang-raped in a bus and left to die on the streets of New Delhi.

As the news of her rape spread, so did the outrage. Protests broke out, first in the national capital and then across the country as people demanded ‘justice’ and ‘death penalty’ for the accused.

This case became a marker for India, in the sense that it made sexual violence a valid topic of discussion. Before this, it wasn’t as though rapes didn’t happen. But it was not something that people were willing to talk about openly.

This was because the act was too taboo to be discussed in polite society and more often than not, the assumption was that the girl had something to do with it. What made families come out and not only talk, but also protest about the 2012 incident was the fact that they could identify themselves with the victim—an educated, upwardly mobile independent girl, on her way home from watching a movie.

How Women End Up Paying For Patriarchy

Even if I were to dig through my personal memory, I can conclude that this case jolted me into the sphere of openly talking about how gender affects women and the cost women end up paying for patriarchy.

When the December 2012 case happened, I remember being at my parents’ house for a vacation and crying out of helplessness and rage. I remember my grandmother being very nonplussed with my behaviour, I remember my mother telling me to keep it together and I remember all the angry Facebook rants that I wrote at the time—the deeply personal yet visceral reaction that I had toward the news was something that I shared with a lot of Indians.

Eventually, I did cut my holiday short and went back to New Delhi to protest, sensitise and report on what was going on. That was the first time I felt the lines between my activism and journalism blur because I was so deeply invested in the case.

In the wake of these protests, three things happened immediately—the archaic two finger test was abolished, stricter laws to protect women came into place, thanks to the Justice Verma Committee (which invited women from across India to give their suggestions) and fast track courts were formed especially to deal with such crimes.

The accused were soon apprehended and tried. For a while, it seemed the problem had been solved, but as more and more people started to talk about sexual violence, it soon became apparent that India has a huge rape problem.

Leslie Udwin’s spine chilling documentary India’s Daughter was a fine example of India’s mentality when it came to women and why India’s rape culture is thriving. 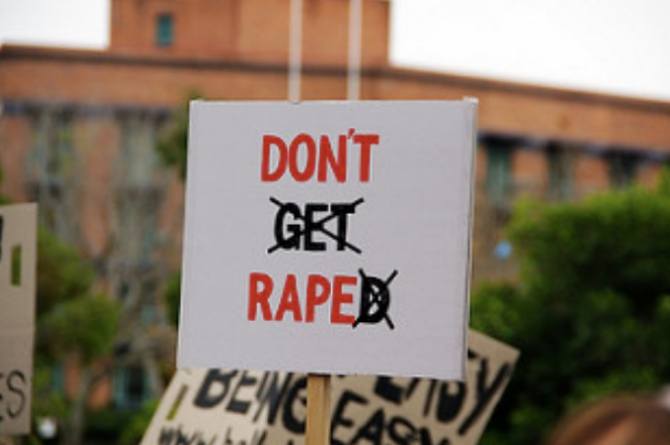 Every time there is any kind of war—personal or political, women’s bodies are the biggest collateral damage. | Image courtesy: Flickr

At one point in Udwin’s documentary, one of the accused in the December 2012 gang-rape says, that the reason they decided to attack the girl was “to teach her lesson,” because she talked back to them.

The remark is a deep insight into the minds of some of this mentality that sees rape as a ‘lesson’ to be taught to women or their communities. Every time there is any kind of war—personal or political, women’s bodies are the biggest collateral damage.

In India the problem becomes multiplied because of the deeply patriarchal nature of its society which is rooted in male privilege and misogyny. It’s festivals such as Karva Chauth, and Raksha Bandhan are celebrations of this privilege.

In the first, married women dress up and fast for the long lives of their husbands, in the second, sisters or women in general, tie threads on the wrists of their brothers or the men they consider brothers. This, as a symbol to protect and honour them.

In modern India, these festivals may take on the guise of romance and sentimentality but one cannot deny the premise they are based on—that of male privilege. That a woman can only exist in relation to the men in her life.

I am notorious for not celebrating either and calling them out for what they are. Year after year, I write about them and receive flak for it online, from being called stupid, to begging for attention, to being a feminazi, who is out to ruin Indian traditions, I’ve heard it all.

Perhaps the reason why I am so vehemently against these seemingly innocuous celebrations of love and sibling bonding is because I have witnessed how scarring internalised male privilege and toxic masculinity can be for both men and women.

This is the country of female infanticide; sex determination is illegal in India because the government fears that pregnant women carrying girls will abort them. There are areas where the male-female ratio is so skewed, as a result the men have to ‘import’ brides from other regions.

It is no surprise then that the Indian society also awards men huge privilege at home. In traditional Indian families, brothers are given a preference over everything from, clothes, food to even an education.

They become the unwitting bearers of patriarchal tradition and toxic masculinity when they are told that the only way they can be successful as men is if they can control the women in their lives, be it their mother, daughter and sister. In traditional Indian households women are also not given any autonomy in their life or their choices.

There is immense stress on modesty, segregation of sexes.

A woman is directly linked to the honour of her family and community, anything that she does is a reflection upon that honour and if she were to make any autonomous choices in life, she has to be put in place, either through force or sociological agents of exile and banishment.

This is the reason honour killings happen and the reasons why people rape women to avenge their family/ community’s honour in times of a feud. 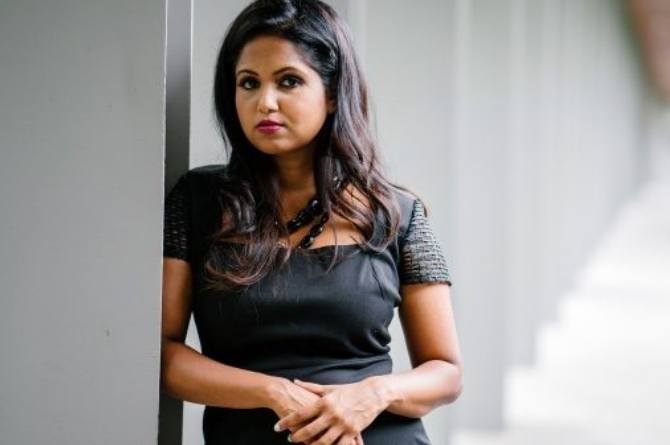 The changing times might have awarded small concessions to even villages, where women can now perhaps be more mobile on their own. | Image courtesy: Stock

A seven-year-old girl was raped in a temple earlier this year because the priest wanted to teach her nomadic community a lesson and didn’t want them around the area. Even by Indian standards, that was a new low.

Growing up in a small village in rural India, I have seen women face abuse at the hands of their partners, brothers who have literally locked up their sisters to ‘protect their honour’, women who have had no agency to do anything by themselves, even go to the grocery store unless a male chaperone is present.

In some absurd and common cases this chaperone is a younger brother, barely 8 years of age, escorting his 18-year-old sister to college or tuition.

The changing times might have awarded small concessions to even villages, where women can now perhaps be more mobile on their own, but their movements are still guarded and a little bit of transgression will usually land a sharp reprimand from their brother and fathers.

This reprimand is usually in the form of taking away all the ‘privileges’ that are afforded to the girl. Those privileges are a sense of “freedom,” which is quickly taken away at the sense of a seeming transgression.

I’ve had many a friends married off, snatched out of their lives and made to live at home and in some cases, even socially cut off because the men in their lives felt that they were ‘losing control’ over them.

There was a girl I knew who’s brother made a dossier of her social media profile and highlighted all her interactions with a boy he didn’t approve of before presenting it to their father, who promptly forced her out of her job and into her hometown to sit and wait for appropriate suitors.

There is an alarming amount of women I know who go through life suffering silently in the name of family honour and traditions, putting up with abusive husbands because abuse at homes is so normalised.

This is also a country where marital rape is not illegal and I know women who have openly admitted that their children were born, not out of love but out of coercion. What kind of life does this leave for women with such limited choices? And what kind of choices do these women in traditional families have?

I repeatedly use the word, ‘traditional Indian families’ deliberately. This is not how all families in India appear to be today because many of them seem to be modern nuclear families, which allow their women freedoms that previous generations didn’t have.

But deep down, patriarchy still runs the roost as despite having an education and successful careers most women find themselves struggling to cope with gender stereotypes that the society throws their way. 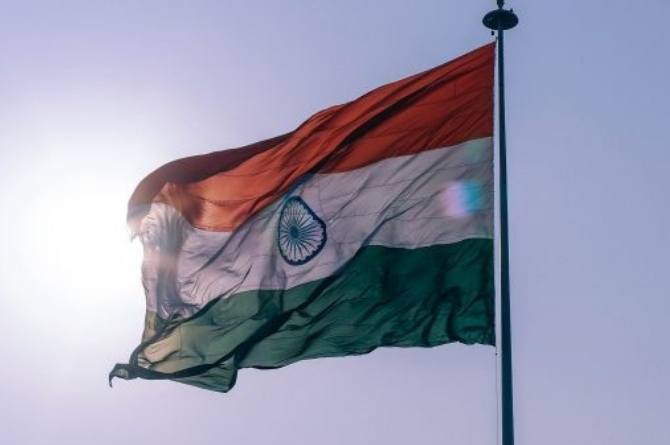 Most of India’s rape culture is about this—frustrated men trying to put women back in their place because they are unsure and completely lost in this new world. | Image courtesy: Stock

“I Have Had Stalkers That Have Hounded Me For Years”

Until very recently, Bollywood, India’s mainstream form of entertainment was repeatedly portraying negative stereotypes of women—the hyper sexualised doll who was asking for it, the pure virgin, the mother and the slut. In a country where movie stars are worshipped, can you imagine the kind of affect this might have had on the masses?

I have had stalkers that have hounded me for years, until recently, I could not even openly tweet or be public on social media, lest the person follow me around. All this because he just couldn’t take no for an answer. I tried to hide myself because it felt like an obligation to do that.

Like any kind of visibility from my part would make it alright for the man to target me. One of my colleagues had a man force himself on her at a party and all she could think of in retrospect was, what did she do to warrant that kind of a reaction from him. So many times when things go wrong, women instinctively blame themselves.

The Feeling Of Victimhood Is Rising Amongst Most Indian Males

Being a relatively new democracy (just 71 years old) which is on the brink of modernisation, India is obviously going through some changes that are hard to cope for those who have grown up with internalised notions of patriarchy.

They have never interacted with women outside their family. They have been taught that romance is bad and women who show any kind of agency are sluts, who are either asking for it or need to be put in their place.

Most of India’s rape culture is about this—frustrated men trying to put women back in their place because they are unsure and completely lost in this new world and with the new modern woman who wants more than just her home and her hearth.